You are here: Home / Using Edmodo 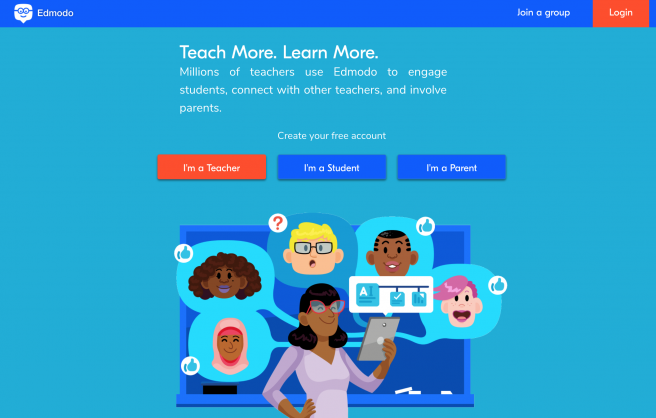 This post is aimed at learning designers and content creators who are involved in developing learning journeys for smart learning. It can be read in conjunction with other articles available on this website, some of which are listed below

Edmodo comes as a desktop browser based software or as a mobile app. Depending on your learning activity and set tasks for learners, it can be very useful in either setting to provide interactivity, self directed and student-centred learning. It also facilitates easy collaboration and group work.

If learners are out ‘on location’ in a learning journey, Edmodo is very useful for capturing learner generated content via their phones, using the Edmodo camera or uploading webpage links that might have been discovered at the time.

If learners are taking part in journeys and then coming back to classroom based tasks (or that they might do from home), then Edmodo browser version is very handy for more detailed uploading, writing longer notes or commenting on other people’s uploads.

It’s important to note that if you only show your learners the browser based app, they will not know (or use) the mobile app. This affects how useful, effective or interactive your learning activity could be to them as learners.

Getting used to Edmodo mobile


This video is an example of how to make a general guide for using Edmodo as a mobile app. This video was made using the DU ScreenRecorder Android app to screen capture the actions on your mobile phone so you can create actual demonstrations for how to navigate to certain areas of the Edmodo app. It is an exceptionally poweful free mobile video app for Android. If you use iPhone, search for “iPhone screen capture apps” or simialr to find a good app for your phone.


After doing some initial work with Edmodo it became clear that a guide video needed to be made that showed learners how to upload content to their Edmodo group or class, especially when using the mobile app. This video attempts to show various options as well as how to use the backpack which is hidden away on the user profile page.

There are plenty of tutorials already available on the internet for using Edmodo. The advantage of making your own short videos (or text guides) is that they can be very specific to your activities.