The Structure of Parliament House

You are here: Home / The Structure of Parliament House 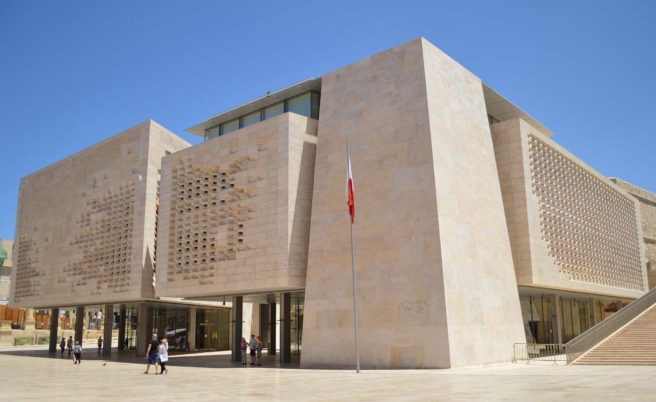 Go to the other side of Republic street to view the parliament. The parliament building is made up of two massive blocks in stone that are balanced on slender columns to give the building a sense of lightness, the whole respecting the line of the existing street layout. The northernmost block is principally given over to the parliament chamber, while the south block accommodates members of parliament’s offices and the offices of the Prime Minister and Leader of the Opposition.

The parliament’s facades are finished in solid stone sculpted as though eroded by the direction of the sun and the views around it, creating a fully functional device that filters solar radiation while allowing natural daylight inside, all the while maintaining views from the building. Each of these blocks of facade has been sculpted by a numerically controlled machine. The result is a stone architecture that is fitting for its historic context but also the product of cutting-edge technology.

The ground floor was conceived as a flexible cultural space, fully fitted out with a full range of multimedia services. It is an ideal space for temporary or permanent exhibitions, all fully visible from outside the building, serving as a sort of cultural outpost at the entrance to Valletta.