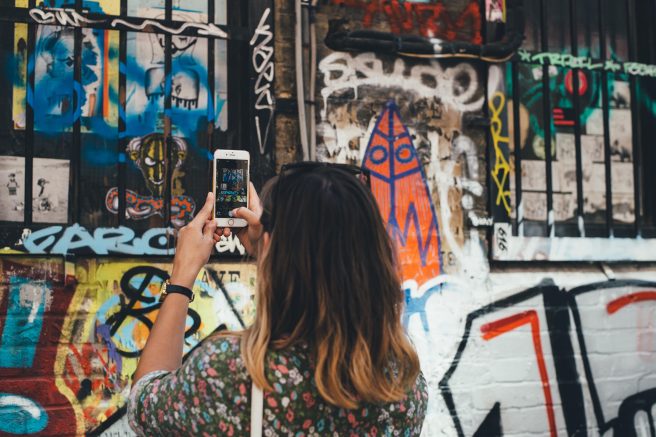 This post is meant for anyone who is helping with ‘remote testing’ of Aurasma Auras.

Download and install the Aurasma app – search for it in your app store of choice 😉 or visit the Apps and Technologies page where there are links to the app. You’ll need this to test the Aura, once Ive made it.

Have some photos ready or go and take a few of features at a location you think is good for augmenting with learning content (links to video, audio or webpages).

What kind of photos are suitable?

Imagine, you are expecting a user to ‘mimic’ your photo with their camera viewfinder. When they mimic the image in their Aurasma camera viewfinder, the augmented content appears (it’s like magic 🙂 ). Images that work the best with Aurasma are close up, directly facing shots. Good detail and clear images are most suitable. Avoid angle shots or aspects of the photo that would be hard for someone to replicate like distance from the object. Take photos in clear light and good weather.

Here are two examples, showing an image that’s good and works, and one that doesn’t work:

Stick with close up detailed features, filling the camera view, these make it easy for someone else to mimic in their camera viewfinder. 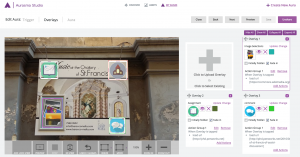 1. The Aurasma Studio – showing Aura with image that works well

2. The Aurasma Studio – showing Aura with image that does not work

How do you augment the location with the photo?

As you can see in the images above, I’ll use the Aurasma Studio to build links into the image and create an ‘Aura’. When a user has made their own account in Aurasma and followed my channel, they can access the Aura. If they visit the location in real time (actually go there), mimic the photo in the viewfinder, they will see the links that I have attached to the image, and be able to click to access the content (e.g. video or webpages).

How do users know where to go and what to look at?

I am expecting to ask users (learners) to use a Google Map with simple instructions for each location. For example ” Go to the Aldgate East tube station near Whitechapel Gallery and focus on the blue plaque on the right of the entrance using the Aurasma camera”. If possible, I would provide a general photo of the location, and a photo of the actual feature to look at. 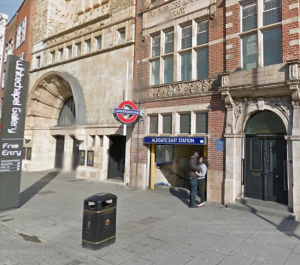 I would also provide the learner with what to do with whatever content they could access via the Aurasma augmentation. This might be to read a web page, watch a short video, and also to upload some of their own content to an Edmodo group. This is a very simple and summarised explanation but I suspect you get the idea.

REMEMBER, THE PHOTOS NEED TO BE SOMEWHERE YOU CAN VISIT IN PERSON LATER AND TEST OUT THE AURASMA AURA!

I think that covers what you need to know. SO, SEND ME SOME PHOTOS AND I’LL PICK THE BEST ONE TO BUILD AN AURA WITH. I PLAN TO MOCK UP THREE OR FOUR AURAS IN THE LONDON AREA FOR TESTING. Any questions? leave them here or FB me.